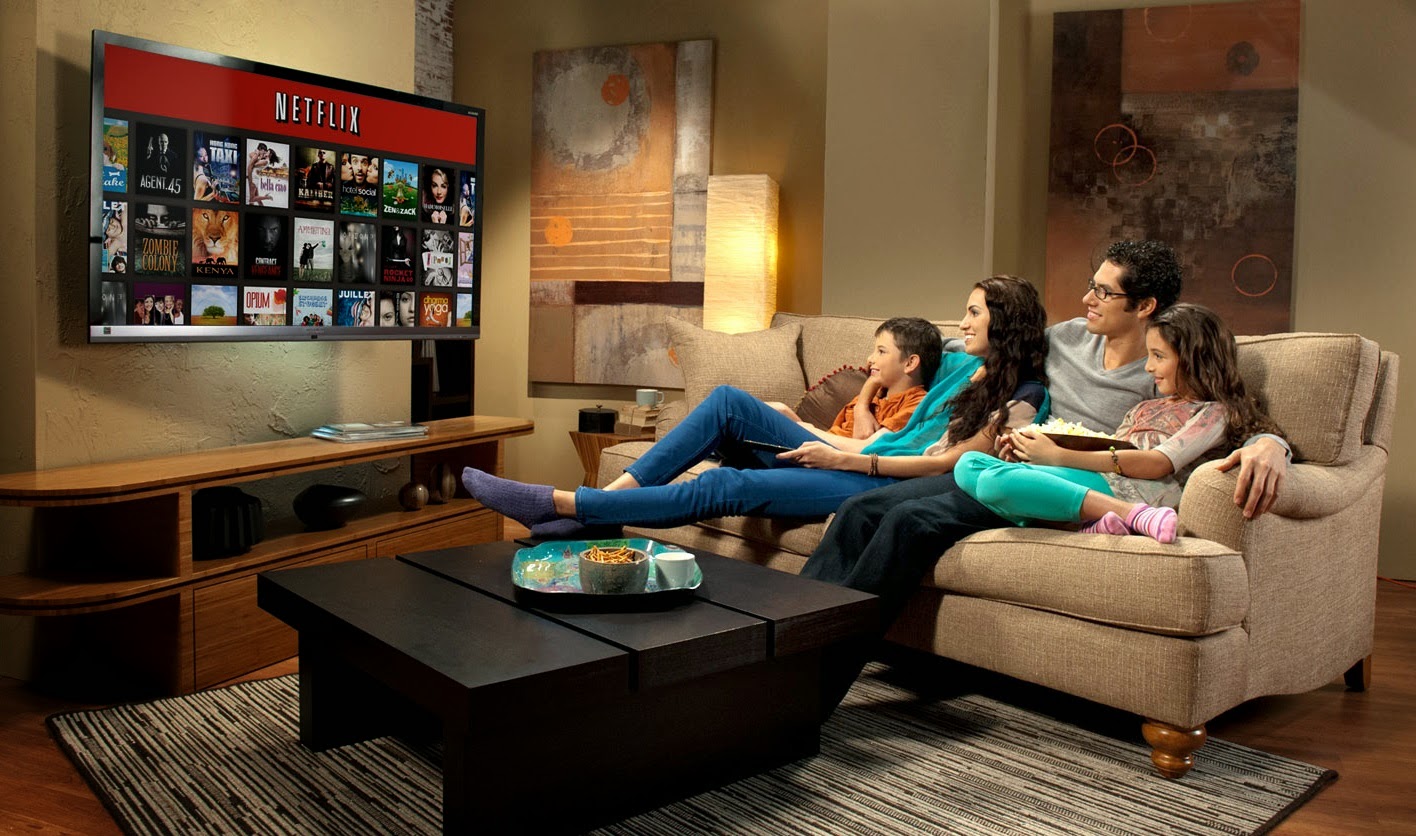 Want to watch movies when you’re on the go? With Netflix, it is now possible to stream all of your favorite movies and tv shows right to your portable devices, anywhere, anytime.

If you want to watch Netflix on your Android device, no problem. Netflix is available on certain Android devices with version 2.2 or newer. If your tablet is eligible, simply connect the tablet to your Netflix account. Download the Netflix app onto your device, wait for the installation to complete, and you can now watch all of your favorite movies and tv shows on your Android device.

For the many people with iphones, you will all be pleased to know that you can watch Netflix right on your phone. Netflix has a specific app for iphone users. To use the app, you must have a device with has iOS version of 7.0 or newer. For persons living in the United States, Canada, Latin America, Continental Europe, New Zealand, Or Australia who have iOS 5.0, a comparable Netflix app is available for download. To start watching your favorite movies, simply go to the App Store and install the Netflix app.

You can even watch Netflix on your Kindle Fire. Alternative between reading and watching television. On your Kindle Fire home screen, go to the Appstore and look for Netflix Kindle. Then, download, wait for installation, and start watching movies right away. Netflix can also be set up with popular video game systems like Xbox, Wii, and Playstation. With the versatility and portability of Netflix, you can now watch movies and tv anywhere you go. Downloading the app is as easy as 1,2,3.

New and innovative Smart TV technology makes it extremely easy to enjoy Netflix movies and television shows. A Smart TV is a television set that has integrated Internet features. It combines the wide variety of Internet streaming services with traditional cable and satellite television. One of the huge benefits of a Smart TV is that you can enjoy the excellent picture quality of a huge, high definition television screen while accessing Netflix.

Just like modern smartphones, Smart TVs can come with software and apps that improve the user experience. Though you could theoretically use the built in web browser to go to the Netflix website, the Smart TV Netflix app is much easier to navigate. Many Smart TVs are sold with the Netflix app preinstalled, but it is quite easy to download it for free from your app marketplace if it does not come on the TV.

To watch Netflix on a Smart TV, all you need is a valid Netflix subscription. You will not have to deal with annoying external gadgets or gaming consoles that make Netflix streaming a multi-step process. Smart TVs are user friendly and come with a remote that is designed to control all of the various options, so all you should have to do is point the remote controller and press the buttons. As long as you have a good internet connection, you will not have to deal with any inconvenient buffering or loading, and the Netflix should stream smoothly and not look blurry. Once you sign into your Netflix account on the television for the first time, accessing your favorite shows or movies on a Smart TV is as simple as just choosing what you want to watch.

The popularity of Netflix means that the popular video streaming service is no longer limited to dedicated video devices like the Apple TV or Roku. In fact, many people might be surprised to know that Netflix is available on most current gaming consoles. Users of the following gaming platforms are able to access Netflix: Nintendo 3DS, PS VITA, PS3, PS4, Wii, WiiU, XBox 360, and XBox One.

Most current research indicates that usage of Netflix on gaming platforms is steadily decreasing, likely due to the continued lower pricing of devices such as the Roku 3, Google Chromecast, and other USB-based streaming devices.

Still, for families that have limited space or for teens who split their time between Netflix and gaming, using a game console for both video games and Internet-based streaming of Netflix can make good sense.

The ease of use, though, and quality depends upon the device. The Playstation and XBox platforms are generally considered the top Netflix-viewing experiences on the gaming platform, though they are generally considered to lack regarding loading speed and overall experience compared to dedicated video-streaming devices. The quality of the video varies based on the device as well. What follows is the maximum HD quality capable from each popular gaming platform:

So with regards to video quality, this puts most gaming consoles at the same level as devices such as the Apple TV and Roku.

While Netflix viewing on game consoles has dropped considerably (down to roughly 40% since a 2011 high of roughly 60%) and will likely continue to drop as more and more people view Netflix on their mobile devices, it is still a popular option for many households where less clutter is preferable.

Long ago, before television became as advanced as it is today, finding the show you wanted to watch was extremely difficult. When the television was first released, one would have to get up off the couch, walk to the television set, adjust the channel, adjust the volume, and then walk back to their couch to enjoy their program. Times have changed and the methods of consuming entertainment are easier than ever before.

By hooking up a blu-ray player to your television, Netflix can automatically be connected to your television. With the Blu-Ray remote, you are able to not only watch dvd's but you will gain full access to your Netflix account. With the blu-ray remote, you will be able to scroll the hundreds and thousands of movie titles, television titles, and variety shows from the 1940's to 2015. If you have a specific movie or television program you want to watch, you would simply search it by using your remote. Netflix on your television has become the easiest way to consume entertainment in modern day history.

If you are a fan of modern day television shows like The Walking Dead, Parks and Recreation, Orange is the New Black, or House of Cards, or if you are a fan of old television classics like The Wonder Years or Cheers, you are able to watch every single episode back to back with no commercial interruptions. If you want to save a show for later, no problem, add the show to your saved queue by clicking save on your remote. With your blu ray remote as the key to the ignition, you are able to search, discover, save and then consume whatever television show or movie you want to watch with the click of a button!

Netflix is extremely easy to access from your PC or laptop computer. Netflix is the perfect website for nights where you want to sit back and relax or have a date night with your significant other. It hosts a variety of television shows from the past and present, and it has movies from all eras for every single category.

One of the best features of Netflix is that it gets to know you as a user. Based on what you watch and how you rate the shows, the website will begin to give you suggestions. If you watched some romantic comedies, it will show you more, and the same goes for horror, action and every other genre.

Netflix even has an entire section specifically for kids. The kids Netflix section is great for when you’re busy cooking dinner or cleaning the house and need to keep your child occupied for a little bit of time. There are a variety of different kids shows and movies, and most children can quickly learn how to navigate the site if they’ve learned how to use a mouse.

The site has been a game changer for years when it comes to internet streaming, but Netflix is getting even more notoriety for their original series. Shows like Orange is the New Black have taken the world by storm. Netflix has also been involved with the Marvel Cinematic Universe, and they premiered Daredevil, which was an instant hit and is going to tie into other Marvel series as well. The best part is that you don’t have to wait a whole week to see the next episode because they release the entire season at once.

One of the advantages of having a smartphone is having access to the best entertainment apps regardless of location. With Netflix being one of the most popular movie and TV apps on the market, it recognizes that its customers expect to have the convenience of streaming the most popular movies and TV shows on their smartphones and has made the access and download of its app extremely user friendly.

You will need to have a paid subscription to Netflix in order to access its content on your smartphone. Because Netflix supports both Android and iPhone users, the setup only takes seconds.

There is no difference in the functionality of the Netflix app for the smartphone and the app for a smart TV or tablet. For example, if a user pauses a movie on Netflix that they were watching on TV, they can pick up right where they left off using the Netflix app on their smartphone.

Watching your favorite shows and movies on the go has never been easier in the modern technological era. Even the lowest quality tablets are equipped with streaming capabilities that allow you to access your netflix subscription anywhere with an internet connection. Using the Netflix app on an Apple, Android, or alternative device gets you access to the service's full catalogue, with the same controls for navigation, captions, and queues as on a smart TV or gaming console.

The Netflix app can be downloaded from app stores of all kinds. Once you are signed in, so long as you are in a region where Netflix is available, you can immediately start watching your favorite films. This is great for international travelers on business. Instead of being subject to whatever channels a hotel TV offers, you can keep yourself entertained with Netflix's diverse selection.

Some may worry that the internet connection they are using is too slow or busy to stream shows on. However, you can change your streaming settings to accomodate your connection speed. Netflix's automatic detection will usually take care of quality control, but if a connection is inconsistent, one can set a lower quality to avoid waiting for buffering. As always, Netflix is completely ad free and costs the same no matter how many devices an account uses.

As cable providers continue to stick with high costs and inconsistent service, Netflix is widely considered the future of television. As such, it is also not restricted to the living room. As long as you own a device that is remotely intelligent, you can instantly view shows and movies as soon as they are available, including Netflix's growing library of exclusive content.